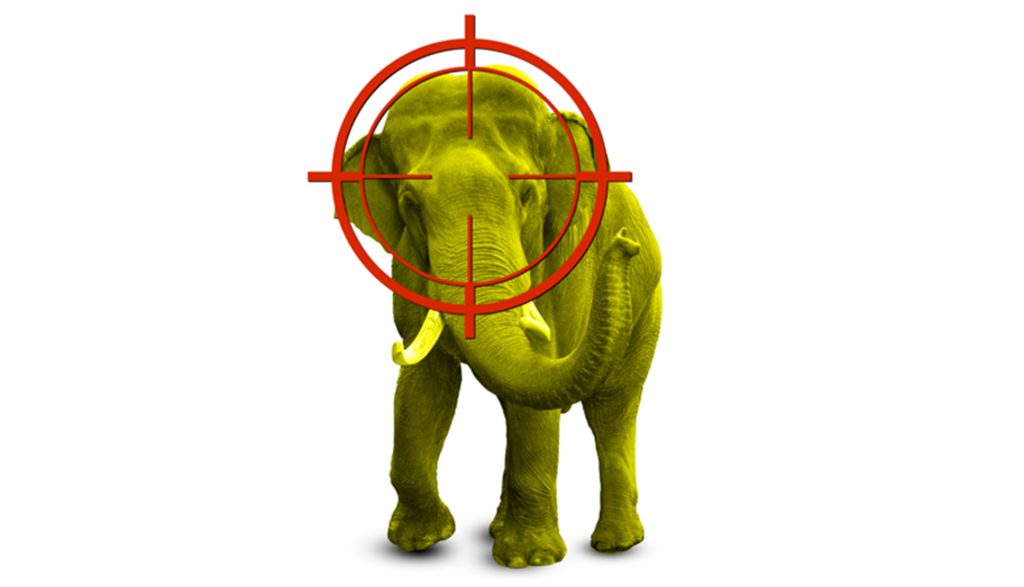 Earlier this month, security news media reported attackers holding internet-exposed MongoDB and Elasticsearch databases for ransom. Attackers said they’d return the data if they got paid — otherwise, the data would be erased. In many reported instances, attackers simply deleted the data. Unfortunately, more attacks are underway.

For these events, attackers are leveraging a logical blend of key technology trends:

These factors have combined in attacks against Mongo and Elasticsearch instances in the past few weeks. The purpose of this post is to make the security community aware of similar incidents involving Hadoop delivered by service providers.

Example HDFS Site where data has been wiped

In this case, we observed an attacker erasing most of the directories and creating a single directory called “NODATA4U_SECUREYOURSHIT”.  There was no attempt to claim a ransom or any other communication — the data was simply deleted and that directory name was left as a calling card. We estimate that the potential exposure of this attack is around 8,000-10,000 HDFS installations worldwide, but precise numbers are difficult to determine.

A core issue is similar to MongoDB, namely the default configuration can allow “access without authentication.” This means an attacker with basic proficiency in HDFS can start deleting files. On or around January 5 to January 6, traffic to port 50070 soared as attackers scanned for open HDFS installations to target: 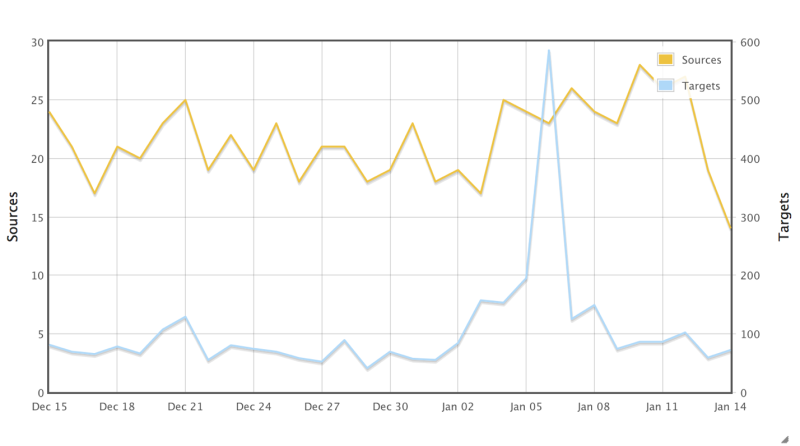 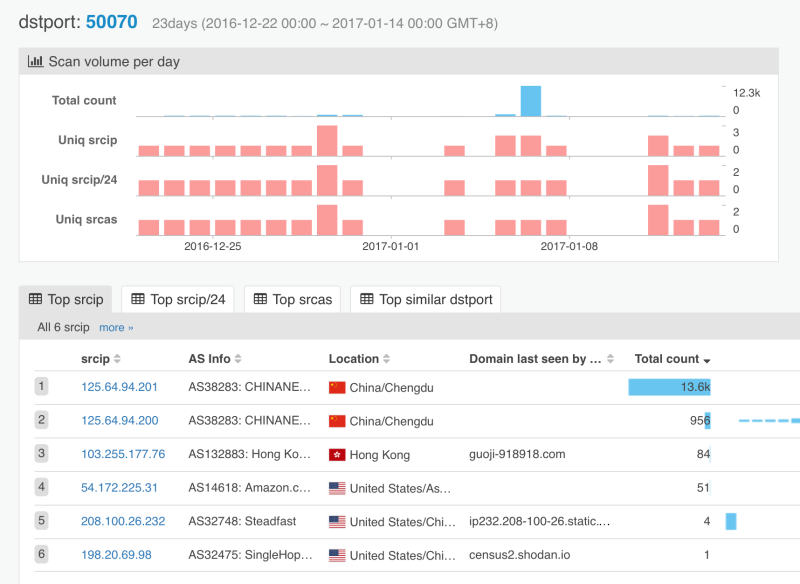 Port statistics from the SANS Internet Storm Center (above) and the Qihoo 360’s Netlab (below) show a significant spike in traffic when this attack occurred on January 5-6. Qihoo shows this almost exclusively from a single Chinese IP of 125.64.94.201. However, it’s important not to jump to conclusions about the attacker’s location simply by looking at an IP address. Attackers use infrastructure all over the world to hide their identities. Coincidently, the second highest scanner  is adjacent to our suspect, 126.64.94.200.

A quick scan using Shodan shows just how prevalent exposed HDFS installations are. In many cases, installations also lack authentication. In researching this post, the screen capture was taken  from the initial few hits showing those sites had been wiped.  It’s unclear what the motivation of the attacker is, but it seems like this was an intentional “security awareness training” exercise, albeit a criminal one.

So what can you do to prevent these attacks?

“Big data” databases are often consumed as a service from third parties or installed and managed from cloud assets. Any database service directly exposed to the internet without adequate authentication is at risk. Exposed data will be stolen, encrypted and/or erased.

Service providers should implement strong authentication and access isolation. Users of such services should assess these protective measures before entrusting their data to these services. Always back up data using a robust monitoring program to detect and respond to instances in the event unauthorized access occurs.