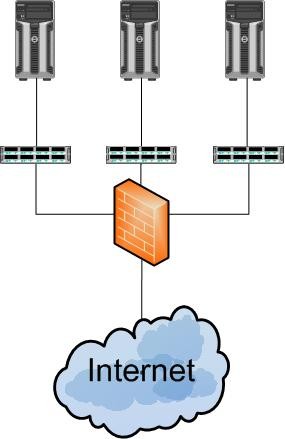 Figure 1 shows the traditional method of deploying a firewall. This could be a single organization with multiple DMZs, or multiple corporations hosted at a co-location facility.

Figure 2 shows an identical configuration, only applied to an IaaS cloud with a virtual firewall appliance. 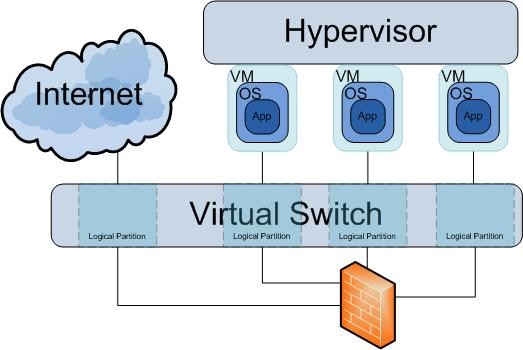 While this configuration is logically identical, it obviously has different physical characteristics. To start, there is a software connection between the servers via the hypervisor. The possibilities of a malicious user breaking out of a virtual machine has been well documented. It is a risk that most administrators understand they are accepting. Note however that there is a second software connection between the systems, namely the virtual switch.

While it may appear that multiple virtual switches have been deployed, in reality most solutions deploy a single software switch, which is then broken up into multiple logical partitions. This is done to minimize the resource impact to the host server. Brad Hedlund of Dell has done some excellent work in validating this functionality. So beyond the potential software bridge in the hypervisor, we have a second potential bridge within the virtual switch.

So while Figures 1 and 2 are logically identical, physically Figure 2 includes two additional risks:

Mitigating The Risks of a Virtual Switch

Fortunately, we have some options available to us if we need a higher level of risk mitigation than what is provided by a virtual firewall appliance. The first is to leverage a hypervisor based firewall. VMware’s vShield is probably one of the best known products in this vertical. A hypervisor based firewall moves the firewall to the other side of the virtual switch, thus mitigating any risks within the switch itself. A logical example is shown in Figure 3. 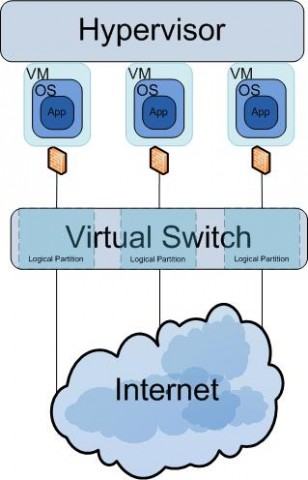 Your other option is to simply leverage the firewall software built into most modern day operating systems. Host based firewalls control traffic as they pass in and out of the virtual machine, so they are more than capable of negating any potential risks within the virtual switch. This option is also the least expensive, as the firewall is already present within the operating system. Finally, this option is also the most portable. If you move the VM to another cloud, the protection afforded by the host based firewall obviously moves with it. This is not true for any of the other firewall solutions discussed earlier in this post.

Wow, how often do we see the cheapest solution being the most flexible and providing the highest level of risk mitigation? 😉