Amol Sarwate heads Fidelis and CloudPassage worldwide threat and security research lab responsible for Network, Endpoint and Cloud. He has devoted his career to protecting, securing, and educating... Read More 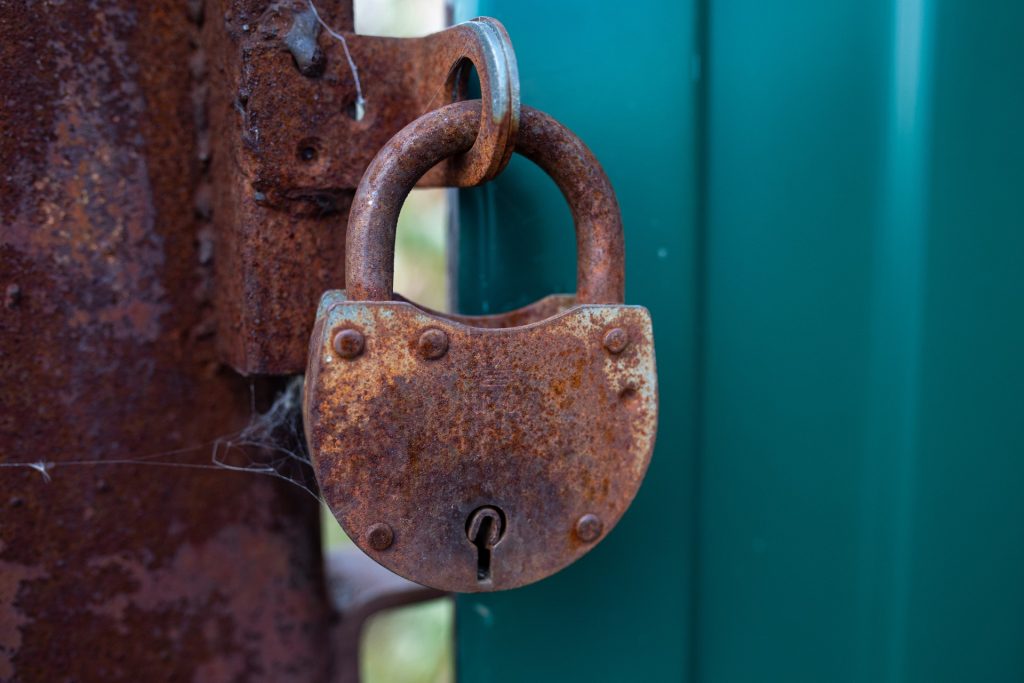 At Fidelis Cybersecurity®, our Threat Research team continuously monitors the current threat landscape to provide coverage and vigilance on the most menacing vulnerabilities. Our Real-Time Vulnerability Alerting Engine harnesses public data and applies proprietary data analytics to cut through the noise and get real-time alerts for highly seismic cloud vulnerability exposures and misconfigurations—making vulnerability fatigue a thing of the past. Since its first launch at BSidesSF, we have made enormous improvements in our real-time vulnerability alerting engine, allowing us to provide a quarterly vulnerability and trends report to keep you ahead of the most pressing threats. It has been humming and churning data ever since. Here is the most recent vulnerability report, including the top CVE list for the second quarter of 2021. 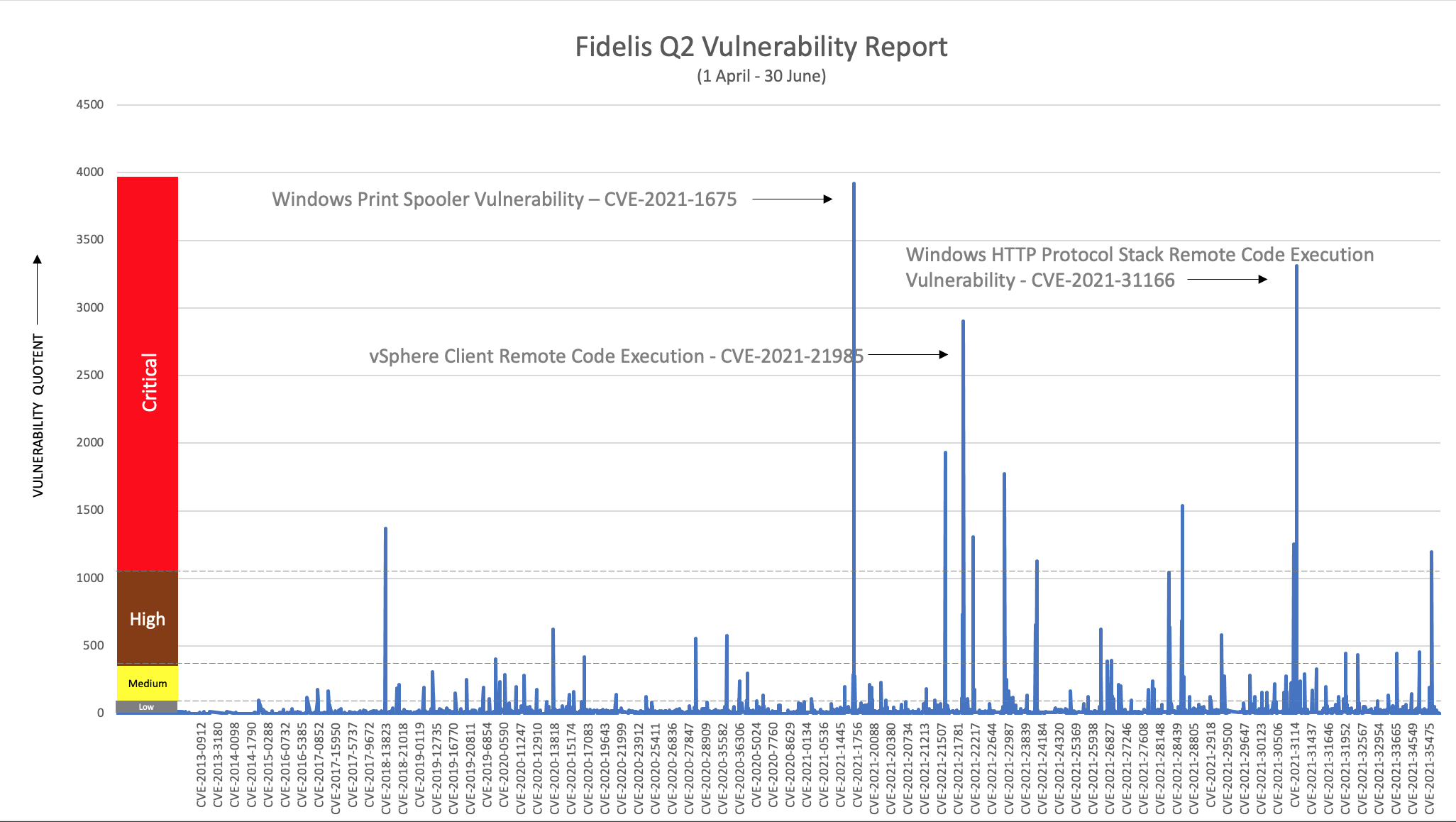 The X-axis above depicts all vulnerabilities found in the second quarter from 1 April to 30 June 2021. The Y-axis represents the vulnerability trending quotient calculated by the engine (see the BSides presentation for more info). For simplicity, the Y-axis has been divided into four colors—Red, Orange, Yellow, and Gray—which represent the criticality of each vulnerability. Each blue line represents a vulnerability, and they are sorted on the X-axis by their CVE numbers. All CVEs are not shown on the X-axis due to space constraints. In Q2 we collected a total of about 150,000 data points for 5026 vulnerabilities. Here are some findings along with details on the top vulnerabilities for Q2 – 2021:

The total number of vulnerabilities increased by 14%

Vulnerabilities caused by improper assignment, modification, tracking or checking of privileges doubled as compared to this time last year. This included incorrect use of privileged APIs, dropping or lowering errors, privilege chaining, and context switching errors. Reflected, Stored and DOM-Based XSS still tops the root cause category, but the highest growth was seen in privilege management issues.

CVE-2021-1675 became public at the end of June, followed by its sister vulnerability, CVE-2021-34527. We’ll have more insight on 34527 next quarter. For 1675, the Microsoft Windows Print Spooler service fails to restrict access to functionality that allows users to add printers and related drivers. This vulnerability can allow a remote authenticated attacker to execute arbitrary code with SYSTEM privileges on a vulnerable system. Exploit for this vulnerability is available publicly.

The Windows HTTP protocol stack is used by IIS as well as many other services under windows. A remote, unauthenticated attacker can exploit this vulnerability by sending a crafted ‘Accept-Encoding’ HTTP header in a web request to the target system. Successful exploitation of this vulnerability can result in code execution with kernel privileges or denial-of-service. Exploit for this vulnerability is available publicly.

Remote code execution in the vSphere Client exists due to a lack of input validation in the Virtual SAN Health Check plug-in. This plug-in is enabled by default in the vCenter Server. If exploited, an attacker may execute commands with unrestricted privileges. A Showdan search reported thousands of vCenter Server exposed to the internet.

The rest of the top vulnerabilities that made our list are in the table below.

Our goal with the quarterly vulnerability and trends report is to identify trends, reduce vulnerability noise, and provide the most accurate, timely, and broad coverage. For additional information on the top vulnerabilities in your environment learn more about Fidelis Halo Cloud Server Secure®. You can also sign up to get a free vulnerability assessment of your infrastructure in minutes.