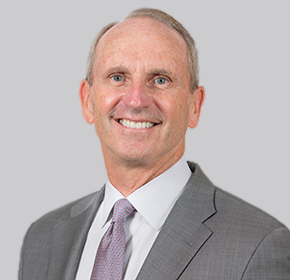 Jon Greenert retired from the U.S. Navy in Oct 2015 as CNO (CEO), after a 40-year career. As CNO he served as a member of the Joint Chiefs of Staff. He was nominated by the President to be CNO in 2011.

He also served as Vice, CNO (COO) and as Navy’s CFO (N8) and Deputy Comptroller. Jon has extensive leadership experience (10 years) in the Indo-Pacific region. He commanded the U.S. 7th fleet – Navy’s largest fleet, headquartered in Japan. A nuclear engineer by training/education, he commanded the nuclear submarine USS HONOLULU.

Jon currently serves as a director on corporate boards, a consultant and advisor.