Arming Your Cybersecurity Strategy and Program for 2020

We are entering a new decade for cybersecurity, but many organizations are still dealing with old problems – attacks from all angles, reactive instead of proactive security postures, and under-utilized point solutions that require too much manual effort from overburdened cybersecurity teams.

Join us for a series of three webinars where we provide you with strategies for outperforming, outmaneuvering and outfighting attackers so you can gain the decisive advantage in the cyber battle.

In order to defend against attackers, security teams need to first understand how attackers operate. Attackers will typically start by looking for weaknesses on the edge of the cyber terrain they’re attempting to breach. Once they find a foothold, they start moving laterally throughout the network, gaining higher levels of access as they move closer towards their target.

Interactive and dynamic deception techniques make it much more difficult for attackers to navigate the target cyber terrain. For example, deception allows security teams to alter the total amount of attack surface that is available to exploit. By deploying decoy assets, security teams can make 100 endpoints look like 1,000 endpoints or more. This slows down the adversary, opens a longer window to observe their methods, and provides new intelligence to outmaneuver similar, future attacks as well.

Attackers target the low-hanging fruit. Attackers don’t like spinning their wheels, and when they get tired of it, they move on to easier targets. Properly-deployed decoy technologies can make the opportunity time too costly for attackers looking for easy pickings to exploit.

In this webcast, learn how to OUTMANEUVER attackers with deceptive countermeasures. 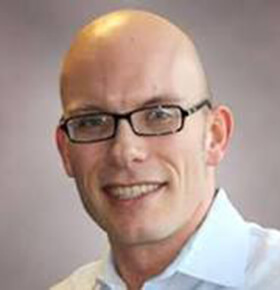