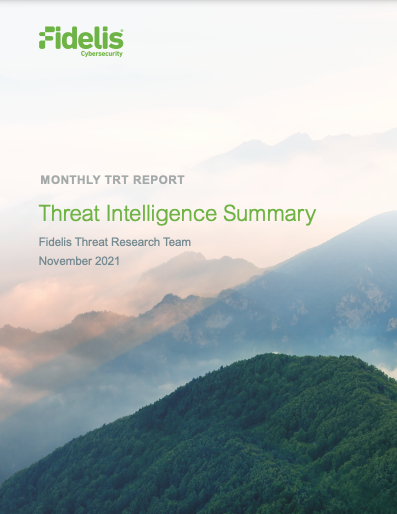 Cybercriminal actors affiliated with Emotet are rebuilding their botnet through Trickbot. Emotet has an established history of delivering Trickbot, thus this reciprocal relationship is not at all surprising. Emotet resurgence will likely contribute to an increased level of ransomware activity coinciding with the US holiday season. We are tracking the newest Emotet command and control servers as they come online.

Emotet remains a pernicious threat – namely because of the cooperative relationships involved with malware distribution networks and the socio-political dynamics allowing the group a relatively protected position.

This particular malware is historically associated with the operations of Evil Corp. Cybercriminal actors likely affiliated with Dridex abuse the inherent trust relationship of popular third-party hosting services to stage their malicious payloads for delivery. This is not a new technique. Though simple, it remains quite effective because of how such services are often allowed in most environments.

In November 2021 we observed multiple threat actors leveraging obscure MSOffice file formats (e.g., .ppam, .xlsb) to conceal malicious macro code that ultimately delivers a binary payload. These techniques are not necessarily new, but they remain quite effective because they abuse legitimate file formats. The malicious content therein can be readily updated and obfuscated.

The binary payload observed in our specific instance was an open-source modular remote access tool (RAT), identified as 3losh Rat